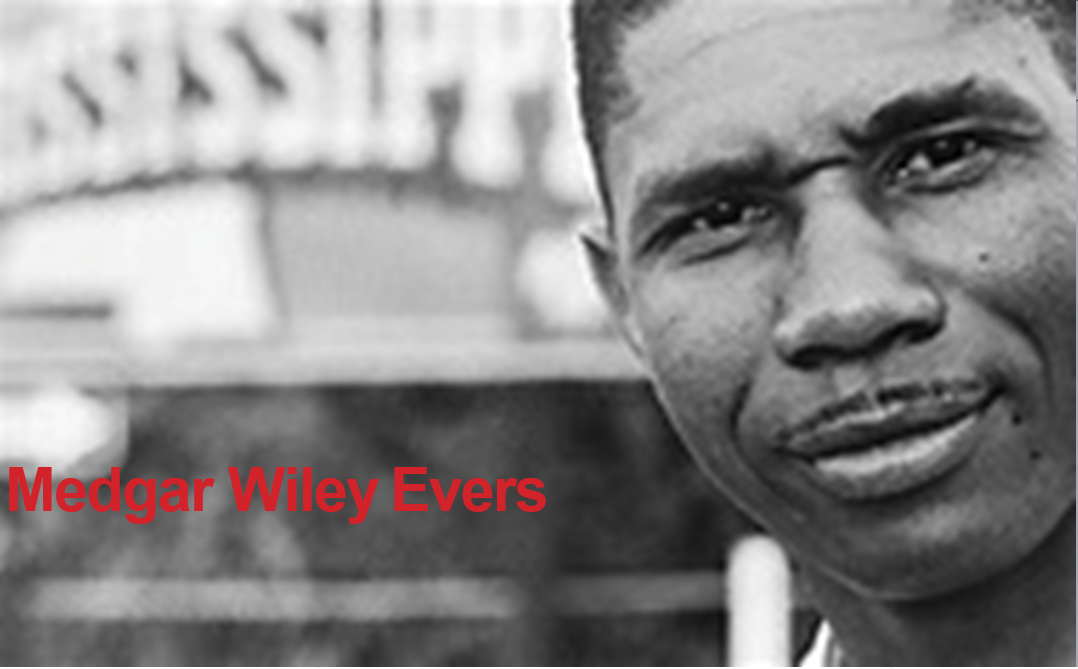 Medgar Wiley Evers (b. 1925 - d. 1963), known as "The Man in Mississippi,” is a seminal figure in the history of the American Civil Rights Movement. The third of four children, Medgar was born on July 2, 1925 in Decatur, Mississippi to James and Jessie Evers. Evers grew up in a devoutly religious home in segregated Mississippi, where services and accommodations such as schools and public facilities were specified for “Colored” or “White” use. Despite the fact that he could not attend the same theaters or drink from the same fountains as white Mississippians, like many men of his generation, Evers left his home to enlist in the military following the attack on Pearl Harbor. Although he was serving his country against its foreign enemies, Evers soon became disillusioned by the fact that while he was supposedly fighting for freedom of people halfway around the world, his own nation was rooted in the unequal segregationist ideology of separation and white supremacy. Evers’ experiences of the racist sentiments of white citizens as an African-American soldier demonstrated to him the need for action.

Emboldened by lessons learned while at war, Evers returned to Mississippi and dedicated himself to academic studies at Alcorn Agricultural and Mechanical College, where he earned a Bachelor’s degree in 1952. Evers was acutely aware of the need to continue the struggle against injustice and soon became an important member    of the National Association for the Advancement of Colored People (NAACP) in Jackson, Mississippi. From 1954 until his assassination in 1963, Evers traveled throughout Mississippi organizing African- Americans in peaceful protest, economic boycotts, political sit-ins, and voter registration drives to draw national and world attention to unjust practices.

Elected the first Field Secretary of the NAACP, Evers created new strategies to enfranchise and empower African-Americans. As Dr. Patricia Murrain writes, “…articulating the demands of the black masses, Evers was instrumental in wielding hosts of fragmented, inarticulate and somewhat ineffective voices into unification.” Evers’ work was instrumental to many political and social victories for African- Americans in Mississippi, most notably the admission of James Meredith to the previously white-only University of Mississippi.

However, on June 12, 1963, “The Man in Mississippi,” who was the voice of so many disenfranchised Americans, was silenced by a shot to the back in the driveway of his home. Following Evers’ assassination, his wife Myrlie continued his legacy by traveling around the world stressing the positive achievements of the Civil Rights Movement and the necessity to continue the struggle until the dream of equality is realized. Myrlie Evers has remained a stalwart figure in the struggle for Civil Rights up to the present, serving as the Chairperson of the NAACP’s Board of Directors from 1995 to 1998.